FSA, MAAA
“I want to build a cheaper and better mousetrap for the people.” Carl could often be heard saying this, referring to the mousetrap as the symbol of the American entrepreneurial spirit. When it comes to healthcare, one can say he succeeded.Carlton Harker saw beyond the conventions of traditional healthcare, creating the groundwork to enable companies to choose self-funding healthcare for their employees. As the first actuary to write a book about self-funding healthcare, he pioneered the self-funding industry into a thriving alternative in today’s marketplace.

Carl grew up during the Depression in the small town of Le Mars, Iowa, along with his brother and parents. He later served in the 82nd Airborne during WWII and graduated from the University of Iowa with a BA and MS in math.Over the years, Carl would gain invaluable knowledge of the healthcare industry’s strengths and weaknesses from his experience as the Vice President and head actuary of a large insurance company, as a consulting actuary in a large firm and later as the co-founder of  and actuary for a TPA.From these endeavors, he saw the need for a company that provided affordable services to its clients, enabling them to provide affordable healthcare to their employees through self-funding.
In his role as actuary and founder of Self-Funding Actuarial, the thing he loved most was his personal relationship with his clients, where he often went out of his way to let them know he cared about them.

Carl enjoyed a lifelong marriage to his wife Rita, who survived his passing by one month. He was a loving father to his son Doug and his family and to his daughter Carla. 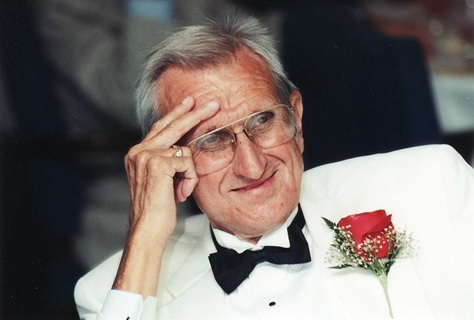